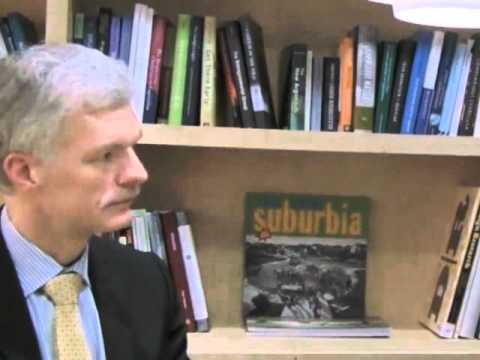 Click for the transcript of the Andreas Schleicher interview, part 2 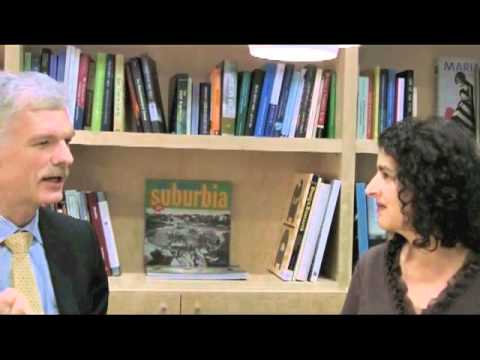 Click for the transcript of the Andreas Schleicher interview, part 1 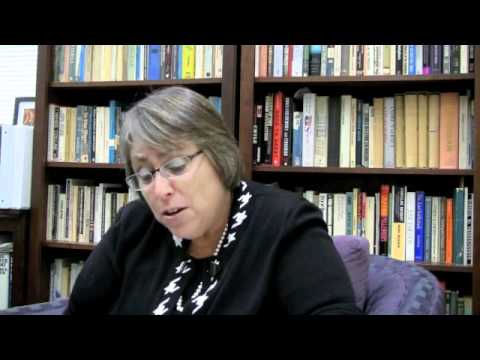 Click for the transcript of the Martha Kanter interview.

Martha Kanter didn’t stand a chance of getting to the cookie table at the reception in her honor. When the Under Secretary of the U.S. Department of Education returned to her home turf at De Anza College yesterday, the receiving line was a couple hundred long. She greeted everyone personally with a hug, a handshake, a photo, a conversation.

In her new post, Kanter oversees higher education as well as adult and career-technical education and federal student aid. Before President Obama nominated her for the federal post in 2009, she served ten years as president of De Anza College, followed by six years as chancellor of the Foothill-De Anza Community College District, one of the largest districts in the nation.

It’s probably just a coincidence that things have gone south for the district – and for all the state’s public colleges and universities – since Kanter left. The state’s fiscal crisis cut the Foothill-De Anza budget by more than $25 million, forcing the campuses to reduce course offerings, which led to a drop in enrollment.

In a video interview with Thoughts on Public Education and a presentation at De Anza, the Under Secretary didn’t downplay the worries over this bleak time for higher education; however, she did seek to raise hope. [Click here for a transcript].

“There are what I call ‘islands of excellence’ all over this state and all over this country, but we haven’t been able to scale these,” Kanter explained.

Her talk focused on four areas: access, affordability, quality, and completion. They are, of course, wholly linked.  It’s not a question of whether students want to attend postsecondary education; they do. There’s been a 50 percent increase in college enrollment in the past two-and-a-half years, which Kanter says shows “that the demand is just unstoppable because people realize that education is going to get them a ticket to a better opportunity into the workforce and in society.”

What’s also unstoppable, or so it seems, are colleges costs. The price of college has increased faster than the median household income, and student loan debt has surpassed credit card debt for the first time ever. Along with their degrees, students graduate from college carrying an average of $25,000 in student loan debt.

“A senior in high school has seen the cost of attendance at a public institution nearly double in his or her lifetime,” said Kanter. Just look at the University of California. The state contributes 60 percent less to UC today than it did twenty years ago, while students contribute nearly 70 percent more.

The Obama administration is doing what it can, said Kanter, with changes to Pell grants for the neediest students at the forefront. The administration has raised the maximum award by $819 to $5,500 a year and proposed an $85 increase for next year. Officials also simplified the application process. As a result of those steps and the recession, the number of Pell grant recipients rose from about 6 million in 2008 to more than 9.5 million today.

At the same time, the President reduced the amount of time students are eligible for Pell grants from nine years to six years, and moved up the date that interest begins to accrue on graduate school loans, essentially raising their cost.

There are a lot of difficult choices, said Kanter, in response to a student’s question in the nearly full 400-seat lecture hall. “There’s only so much money. I’m hoping we end a war,” she added to a round of applause.

So far, at least, the price tag doesn’t outweigh the financial benefits of higher education.  College graduates will, on average, earn $1 million more over their lifetime than workers with only a high

school diploma, and are half as likely to be unemployed.

The gains aren’t just for four-year or even two-year degree holders, said Kanter, taking on what she described as the “rhetoric” of college-for-all critics.  By 2018, more than 60 percent of the nation’s jobs will require some higher education, according to the Georgetown University Center on Education and the Workforce.  The Center estimates that at the current pace, the U.S. will fall about 3 million short.

The implications are huge on a global level.  In one generation, the country has fallen from first to 16th in the world in the proportion of college graduates.  The president hopes to retake the top spot with his 2020 College Completion Goal which seeks to graduate 10 million more students from community colleges and four-year colleges and universities.

California isn’t exactly at the forefront of this effort, but the state is taking some steps in the right direction.  The community college system’s Student Success Task Force report makes recommendations for getting students through school more quickly, especially basic skills courses, providing better academic counseling and making it easier to transfer to Cal State and UC.  But those efforts run up against the budget deficit which, just last week, led to Cal State closing the door on spring transfers next year.

States have to start partnering with the business community, labor, education, and education advocacy groups to redesign the funding formula for K-12 and higher education to put them on a stable and predictable footing, said Kanter, or the country will continue to be in decline.  “There is no magic bullet.” 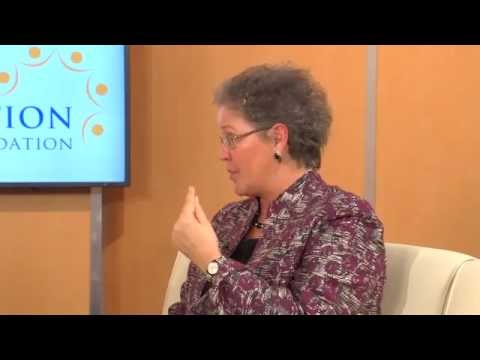 Click for the transcript of the Linda Darling-Hammond interview. 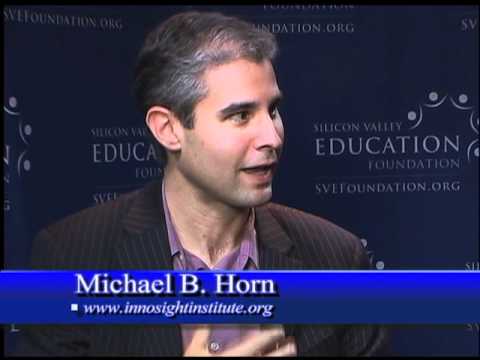 Click for the transcript of the Michael Horn interview. 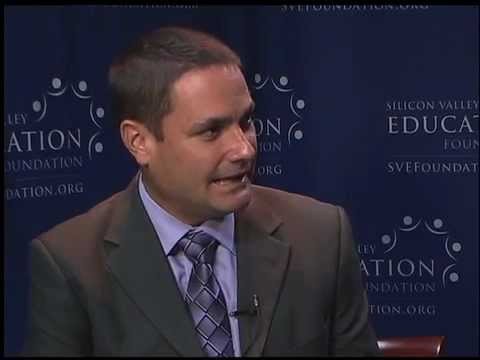 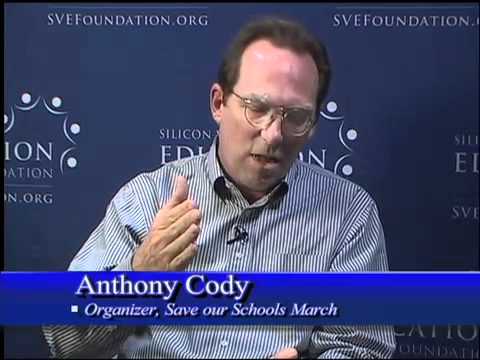 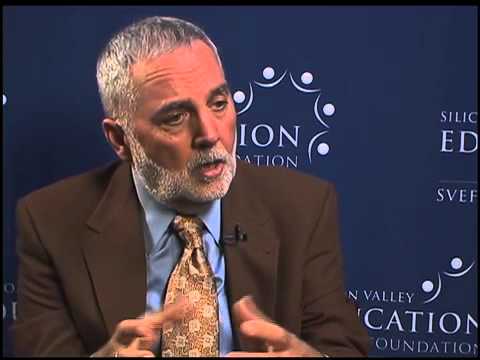 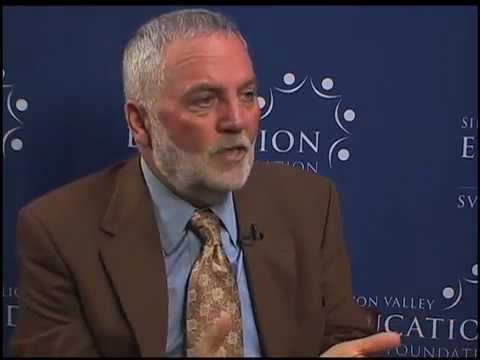 Welcome to the NEW TOP-Ed!

After a brief hiatus, SVEF’s education blog, Thoughts on Public Education (TOP-Ed), is back in a new format. The blog will focus on deep analysis of education issues, especially as they relate to Science, Technology, Engineering, and Mathematics (STEM). These entries will attempt to translate complex education topics for readers as well as invite bloggers representing different perspectives to respond to our entries. We will also invite guest contributors to share their ideas about education along the way. We invite you to stay tuned to the new TOP-Ed.

We thank journalists John Fensterwald and Kathryn Baron for their work on TOP-Ed over the past three years. Their tireless efforts have successfully established TOP-Ed as a forum to present and discuss key education issues of the day. We wish them the best of luck continuing their excellent brand of journalism at EdSource and encourage you to keep up with them at edsource.org.